One moment of recklessness will change their worlds

Smart. Responsible. That's seventeen-year-old Breanna's role in her large family, and heaven forbid she put a toe out of line. Until one night of shockingly un-Breanna-like behavior puts her into a vicious cyberbully's line of fire—and brings fellow senior Thomas "Razor" Turner into her life.

Razor lives for the Reign of Terror motorcycle club, and good girls like Breanna just don't belong. But when he learns she's being blackmailed over a compromising picture of the two of them—a picture that turns one unexpected and beautiful moment into ugliness—he knows it's time to step outside the rules.'

And so they make a pact: he'll help her track down her blackmailer, and in return she'll help him seek answers to the mystery that's haunted him—one that not even his club brothers have been willing to discuss. But the more time they spend together, the more their feelings grow. And suddenly they're both walking the edge of discovering who they really are, what they want, and where they're going from here.

Her face is white against her raven hair. Ghost white. I’d bet my left ball she hasn’t breathed since I spoke. Her hand is outstretched toward the busted cell on the ground, but her wide hazel eyes are cemented on me. I turn my head and I’m greeted by the amused faces of my brothers from the Reign of Terror who stand next to their bikes in the parking lot. They’ll be harassing me on this for weeks. Fuck me for trying to be chivalrous.

“You okay?” It’s a variation of the question I asked a few seconds ago, but this one she seems to understand as her body trembles to life.

“Um…” she stutters. We’ve been at the same schools since elementary age, otherwise I’d wonder if she was a foreign exchange student with limited English. “I only have twenty dollars.”

The muscles in the back of my neck tense. “I’m not going to jack you for your money.”
She quits breathing again.

“Nice to know your current bank account status,” I bite. “But I asked you if you were okay.”

Color returns to her cheeks as I pin her with my gaze. She accused me of trying to rob her. I know it, she knows it, and she’s now informed I’m not the asshole in this scenario.

She did and that sucks for her.

Her eyes flicker between me and the phone like she wants to retrieve it, yet she’s too paralyzed.

Saving us from this torture, I swipe the pieces of the cell and lean against the wall.

The distance between us relaxes her and that gulp of air was audible as she tucks herself tight in the corner farthest from me. This reaction isn’t new. I’ve seen it since I was a child whenever my father or anyone from the Terror entered a room full of civilians. To everyone outside of the club, we’re the evil motorcycle gang bent on blowing the house down.

People and their hellish nightmare folklore involving us piss me off. I don’t know why I told the guys to give me a minute. I’m late for plans I made with Chevy and some girls, plus I’m on call in case the board chooses to meet sooner rather than later to discuss Detective Jake Barlow.

But something about how this chick appeared alone and frightened messed me up. It reminded me…The thought stalls and the emotional speed bump causes a flash of pain in my chest. Screw it, her expression reminded me of Mom the last time I saw her—the night she died.

My mom. I shake my head to expel her ghost. One visit from one bastard trying to use me and I’m being haunted by a past I can’t change. That’s what the detective was salivating over—to use me for info on the club. He’s one of too many who believes our club is the devil’s prodigy.

What he doesn’t see is that we’re a family—the type of family that comes when called.
Obviously not like this girl’s family.

“Is it yes or no?” It’s damn difficult to shove the battery in now that the frame is bent.
“Yes or no what?” her long black hair sweeps past her shoulders. She has the type of hair that would have to be pulled up if she rode on the back of my bike. Gotta admit, I like her hair, especially how it shines under the lights of the school’s overhang.

“If you’re okay.” I survey the mostly empty area to prove a point. “If we leave, you’ll be alone, and I don’t care of that. There’s some real psychos out there.”

I found this to be a modern, abstract, edgy Cinderella story. That almost went Romeo and Juliet a bit, but did not, thankfully.

I hope I did not miss anything up there, but yeah. This is what popped into my head after I finished reading this story.

A forbidden relationship forms between the genius Breanna Miller and one of the town's feared Reign of Terror motorcycle club member and fellow senior Thomas "Razor" Turner. So many things become at stake before they know it. Rules getting broken, lies being found out, and being blackmailed is not even half of it.

I really love Razor and Breanna, the way they interact with one another fits with each of their personality and at times it is obvious that one makes up for what the other lacks. That would pretty much tie in with the fact that they come from two totally different worlds, and when their lives crash together, some things would clash and others did not.

McGarry's writing is once again flawless. Nailed it. There was so many lessons the characters needed to learn and things that they needed to experience in order to figure out problems and such first hand. For instance, Razor needed to learn to trust because he was unsure about his past, therefore allowing him to not rely on others, only himself. Breanna needed to find her true self because she was always held to a certain standard, constantly compared to her older sister and was depended on to take responsibilities only a parent should,therefore not really allowing her to be her true self and be a normal teenager, as well as not being able to unload, to have someone to talk to.

Overall, this was a well rounded story, I cannot believe I devoured this book so quickly even though I strictly made myself take my time and pace myself. This was one of the few books I literally checked my calendar for and closely monitored. McGarry did an amazing job and hope she keeps it up with the rest of the upcoming books in the series.


Pre-Order WALK THE EDGE, Register your Pre-Order and receive an exclusive Echo and Noah short story and a chance to be in the next Thunder Road novel!  Register at https://offerpop.com/campaign/796530.

Katie McGarry was a teenager during the age of grunge and boy bands and remembers those years as the best and worst of her life. She is a lover of music, happy endings, reality television, and is a secret University of Kentucky basketball fan.

Katie is the author of full length YA novels, PUSHING THE LIMITS, DARE YOU TO, CRASH INTO YOU, TAKE ME ON,  BREAKING THE RULES, and NOWHERE BUT HERE and the e-novellas, CROSSING THE LINE and RED AT NIGHT. Her debut YA novel, PUSHING THE LIMITS was a 2012 Goodreads Choice Finalist for YA Fiction, a RT Magazine's 2012 Reviewer's Choice Awards Nominee for Young Adult Contemporary Novel, a double Rita Finalist, and a 2013 YALSA Top Ten Teen Pick. DARE YOU TO was also a Goodreads Choice Finalist for YA Fiction and won RT Magazine’s Reviewer’s Choice Best Book Award for Young Adult Contemporary fiction in 2013. 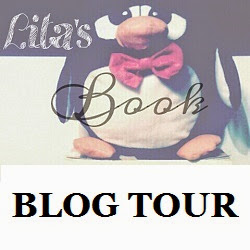