Unbelievably surreal! Worth every second spent reading this gem!

“One world. One currency. One bright future.”

That’s the promise made by OneEarth Bank

after a global economic collapse–but only for those who accept the insertion of a commerce chip.

When Rielle’s parents refuse to comply, government officials tear her family apart. As punishment for her parent’s crimes, Rielle is forced into a Community Service Contract–a legalized form of slavery–and sold a wealthy, abusive banker.


The Banker’s secrets hold the key to Rielle’s freedom, but will she risk prison or even death to escape and search for her family?

It is so crazy to see how close in reality we are to the book's reality. The words I absorbed instantaneously, thus automatically allowing me to project the story in my mind, leaving me to make out everything with just enough detail and depth and come up with something worldly and extremely out there. I felt the apprehension, the anxiety, the fear, the anger, the courage, the bravery, the hope, the despair come off the pages in tons. It gave off the the-enemy-of-my-enemy-is-my-friend and keep-your-friends-close-and-your-enemies-closer vibe like nothing. No nonsense around here folks! The catch phrase that utterly describes this book succinctly is: One World. One Currency. One Bright Future. Its sounds like one of those prophecies where it could either be good or bad even though things look bad at first, who is to say that things will or will not get better? The 'bright future' meaning they will be going out with a bang or literally a positive, bright future? A bit ominous if you ask me.
The world is using one currency and now have micro chips inserted into their bodies, and is basically being run my the banks; bankers. The book starts off with teenager Rielle James being torn away from her already falling apart family. If it isn't obvious, the bank is definitely behind this. She becomes a Contract. A slave. A possession. Replaceable. Oh hell no.
The story follows her life as a Contract and the people she encounters throughout. There will be lies, hatred, affairs, rendezvous, jealousy and a bunch of other good stuff that you'll have to read to find out.
Rielle's persona was so imperfectly perfect. She had the hatred boiling in her, along with the hope of things going back to normal. She felt hopeless, and yet she kept her silence as a way of showing she still had her own will. Something that was still hers and only hers. She had her wise moments, but most of the time she was naive. She had to grow up fast, and on the other hand only allowed so very few moments to let the little girl in her peak out or the young lady that she is just to kiss a boy.
The writing was very, very well written; no typos or grammatical errors whatsoever. Brownie points are definitely in order. I was gobsmacked when San Antonio was mentioned. I was already groaning when Texas was mentioned. Who knew it would be the city I live in to be the place Contracts get picked up and dropped off. Like UPS or something.
The ending did not end how I expected it to, but not complaining. It fits. I just thought with all the information being dished out, that some questions would get answered, but nope. More questions is what I got, especially with Rielle's indecisiveness.
Overall, I completely enjoyed this book, and I cannot wait for the second book to come out. Okay, I just want the whole series to come out so I can read it already. Please and thanks. I had so much fun having pity parties along with Rielle, but I think I'm ready for some kick-ass parties now. I totally recommend this.

Melinda Friesen writes novels for teens and short stories. Her contest winning short stories have appeared in various periodical and an anthology. Enslavement, book one in the One Bright Future series, is her first novel. 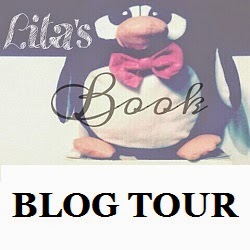